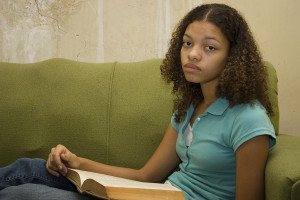 DC’s attorney general has decided that a District initiative to help boys and young men “of color” doesn’t violate laws against sex discrimination. But there are large holes in his argument.

But some weeks later, DC Councilmember Mary Cheh asked DC’s attorney general to issue an opinion on the legality of the plan. She said EMOC raised serious questions under the US Constitution and federal and local anti-discrimination statutes, because it seemed to offer educational benefits to boys that wouldn’t be available to girls.

Last week, Attorney General Karl Racine said he believes the plan is legal. The Washington Post editorial board and others have applauded that conclusion, and even Cheh seemed to indicate she was content with the result. But that may not be the end of the story.

In an interview, Cheh, who teaches constitutional law at George Washington University Law School, pointed to some major flaws in Racine’s analysis. Given my own legal training, I can see some others myself. That doesn’t mean Cheh and I are opposed to helping black and Hispanic boys.

In my case, that concern isn’t just abstract. As a volunteer tutor in high-poverty DCPS schools, I’ve gotten to know and become fond of a couple of African-American boys, and my heart aches when I think about what the statistics predict about their future.

But there are girls of color in DC who face risks that are just as severe. There may not be as many of them, it’s true. But my conscience—and, perhaps, the law—say that we can’t exclude any individual girl from an effort to help the neediest kids.

Under the Constitution, the government can’t just say it wants to help boys as opposed to girls. It has to have a really good reason, and it has to show that what it’s doing to help boys actually attacks the problem it’s trying to solve.

Let’s examine Racine’s arguments one by one:

Racine says there’s an important reason for the discrimination.

When deciding whether gender discrimination violates the Constitution’s Equal Protection clause, the Supreme Court requires “an exceedingly persuasive justification.” Here, Racine cites statistics showing that black and Hispanic males are generally at the bottom of the heap on measures like test scores and graduation rates.

By contrast, black and Hispanic girls are doing better. They’re overrepresented at DCPS’s selective academic high schools, like Banneker and School Without Walls. And while their overall test scores and graduation rates aren’t great, they’re not as bad as those of their male counterparts.

(Racine didn’t address discrimination against white males because DC has apparently redefined “color” to include white, at least for one aspect of the EMOC initiative. In a letter to Racine, Henderson said the high school will admit male students “regardless of race.”)

But, as Cheh points out, Racine isn’t comparing the right groups. He’s comparing all boys of color to all girls of color. But DC’s argument is that it’s trying to help at-risk kids, and targeting boys is a good way of doing that because they’re more at-risk than their female counterparts. But in that case, Racine should be comparing at-risk boys to at-risk girls. If he did that, Cheh says, “all the differences would fall away.”

Racine says EMOC is “substantially related” to the objective of closing the achievement gap between males of color and other groups.

To justify gender discrimination, you also have to prove that the method you’re using is likely to help solve the important problem you’re attacking. In this case, DC has to show that excluding girls from EMOC is somehow related to raising the achievement of boys.

On the high school, Racine points to the track record of the outside operator DCPS is bringing in to run the school, Urban Prep Academy. Urban Prep operates three all-male charter high schools in Chicago, and it’s had a 100% college acceptance rate for its graduates over the past five years. He says it’s “reasonable to conclude that Urban Prep’s success” is at least partly due to its single-gender model.

Leaving aside questions about whether Urban Prep really has been all that successful, Racine doesn’t point to any evidence that its success is due to its exclusion of girls. He just says it’s “reasonable” to think that. He doesn’t cite any research on the benefits of single-sex education, perhaps because it’s been inconclusive.

Even Robert Simmons, the DCPS official in charge of the EMOC initiative, isn’t making any claims for the benefits of single-sex education. “The jury’s still out,” he told the Atlantic. “But the jury currently says it doesn’t do any harm.”

Racine says the other two prongs of the initiative—tutoring and the grants to schools—”present a closer question,” because they could be expanded to include girls “without sacrificing their character or effectiveness.” But, he continues, they’re “substantially related” to DC’s goal because “the problem is severe enough to warrant deploying scarce resources to target with laser-like focus the District’s least successful cohort.”

But saying the problem is really severe doesn’t prove anything about whether DC’s policy of excluding girls from the effort will be necessary or even helpful in solving it. Of course, if you see the problem as just raising the achievement of boys of color, it will be, because you’re targeting resources to boys. But as I pointed out earlier, it may not be constitutional to frame the problem that way.

Racine says there are “substantially equal” alternatives for girls.

Under Title IX and the regulations the Department of Education has crafted to implement it, public schools can be single-sex as long as the excluded gender has an educational option that’s pretty much the same, whether coed or single-sex. So DC doesn’t have to establish a parallel girls’ school, but it has to show there’s something open to girls that provides a similar experience to Urban Prep.

Racine says DC meets the “substantially equal requirement” for two reasons. First, he says, DCPS has other application-only, college prep high schools that are open to both girls and boys. Second, he says that all DCPS high schools offer things like AP classes, tutoring, and extended day options.

DCPS hasn’t provided specifics about how Urban Prep will choose students, but it’s safe to say the criteria won’t be the same as those at the highly selective School Without Walls or Banneker high schools. To get in there, students need top grades and test scores. At the event announcing EMOC, Henderson said Urban Prep has achieved its results not with students who were already high-achieving, but with “the knuckleheads.”

Will female knuckleheads have a school like Urban Prep open to them? I don’t think so. And clearly, Henderson and Bowser don’t think AP classes and tutoring in a low-performing neighborhood school provide a “substantially equal” experience to Urban Prep. If they did, they wouldn’t go to the trouble and expense of creating a new school.

Racine also points to the New Heights Program for Expectant and Parenting Students, which operates at six DCPS high schools, as an alternative option for girls. But that program isn’t restricted to girls by its terms, although 80% of the students enrolled are female. It’s also much smaller in scale than Urban Prep, costing $1.3 million a year. And its prime focus is helping students both raise a child and get through high school, not ensuring they get to college.

Throughout the letter, Racine refers to EMOC as a “pilot,” and suggests that it’s okay for DC to try attacking the problem of the achievement gap one step at a time. But most pilot programs don’t involve building a new building and cost $20 million. And courts don’t buy the one-step-at-a-time argument when the government is making distinctions on the basis of constitutionally sensitive characteristics like race or gender.

One part of EMOC Racine didn’t address, because Bowser announced it after Cheh requested the opinion, is an internship program for 100 young men. Each intern will not only get a year-long paid job, he’ll also be paired with a mentor who will “provide guidance on career, school, and life choices.”

The ACLU of the National Capital Area, which also raised questions about EMOC, is still considering its response to Racine’s opinion. The ACLU has challenged single-sex education in other parts of the country, and all it might need to sue DC is a girl who wants to go to Urban Prep. Or, perhaps, a white male or female who wants a tutor or a paid internship.

Racine said in his opinion that his office is “fully prepared to defend the initiative” if it’s challenged in court. He may get his chance. But he might want to do a little more preparation before he launches his defense.