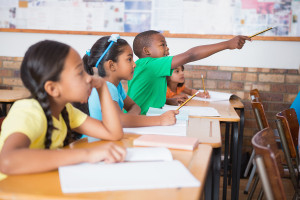 DC’s charter schools do a better job than its traditional public schools when it comes to educating low-income and minority students, according to a recent national study. But the study indicates that white and Asian students fare better in the traditional sector.

The study ranked DC’s charter sector sixth in the nation among 41 urban school districts for its positive impact on student learning.

Overall, students in charter schools have had bigger gains in both reading and math than similar students enrolled in the DC Public School system, especially when it comes to middle school math. And while charter schools are still far from closing the achievement gap, it’s smaller for charter students than for those enrolled in DCPS.

The study, conducted by the Center for Research on Education Outcomes (CREDO), looked at data from the 2006-07 through 2011-12 school years. It matched “virtual twins,” students with similar backgrounds and test scores, some of whom went to charters and some of whom stayed in the traditional public school system.

Researchers then compared rates of growth for the “twins” in each sector, as measured by increases in standardized test scores.

Nationally, the CREDO study found that students in urban charter schools gained the equivalent of 40 additional days of learning in math and 28 additional days in reading.

It’s harder to quantify the gains on the local level, which the CREDO report frames in terms of standard deviations (s.d.’s) rather than days of learning. But overall, charter students had gains of 0.09 SDs in math and 0.13 SDs in reading over their DCPS counterparts.

The charter sector also improved the performance of Hispanic students and students learning English as a second language, as well as students who qualify for special education services, although the gains were not as large.

White and Asian students in the charter sector didn’t fare as well. Both groups actually did worse than their peers in DCPS, by 0.06 SDs in reading and about 0.10 in math.

There are two possible explanations for that, according to Anne Herr, director of school quality for FOCUS DC, a charter advocacy organization. One is that the sample sizes are small. White students make up 12% of DCPS’s student population and just 5% of the charter school population.

It’s not clear how many Asian students attend DC’s public schools, but the number is low. Last year, Wilson High School was the only one in the District with ten or more Asian students scheduled to graduate.

The other reason is that the DCPS schools with large numbers of white students are generally high-performing, so the base of comparison is much higher.

The negative results for white students in charter schools are consistent with CREDO’s nationwide data. Nationally, those students lost the equivalent of 36 days of learning in math and 14 in reading, compared to their peers in traditional public schools.

The CREDO study praised DC as one of four cities that had few low-performing charters and also a majority that outperformed traditional public schools in both math and reading. The other three cities in that category were Boston, Detroit, and Newark.

“I don’t see how people can try to ignore anymore that the DC charter movement is thriving,” Cane said. “It’s a combination of some really brilliant people who have started schools and a really good authorizer that’s willing to close schools that are not closing the achievement gap. We also have a very good law that gives charters a lot of freedom of action.”

While Cane has a point, some would counter that charters enjoy certain advantages that high-poverty DCPS schools don’t: for example, a self-selected group of students that is more likely to be motivated, and the option of denying admission to students who arrive midyear.

And while DC may rank sixth in the CREDO study, it lags pretty far behind the top charter sectors. Boston ranked number one in both reading and math gains, with 0.324 SDs in math and 0.236 in reading. The comparable figures for DC were 0.134 and 0.097.

And, of course, given that these are comparative measures, even a charter sector that isn’t doing a great job can look good against the background of a low-performing traditional school system.

Another cause for concern is that charter success, both locally and nationally, is greater in math than in reading, and seems to stall at the high school level. In DC, the highest gains were in middle school math, with charter students gaining 0.23 SDs For middle school reading, the figure was only 0.02.

It’s generally easier to raise the performance of low-income students in math, probably because math doesn’t require the background knowledge and vocabulary that reading comprehension does. But literacy skills are arguably more important, since they’re fundamental to understanding all other subjects—including, to a certain extent, math.

While it’s not clear from the report why gains drop off in the higher grades, one likely reason is that high-school-level work requires more sophisticated reading, writing, and analytical skills. And it’s possible that even high-performing charter middle schools haven’t really been preparing their students to handle them.

With the advent of the Common Core and its more rigorous standardized tests, which students in DC and elsewhere are taking for the first time this year, those deficiencies may soon become apparent at lower grades as well.

DC has much to be proud of in its charter schools, and many low-income students have received a better education than they otherwise would have thanks to their existence. But the achievement gap is fundamentally a literacy gap, and the jury is still out on how much progress the charter sector has really made in closing it.