The District has led the nation in making public preschool available to all children from the age of three. Now it’s beginning to focus on improving child care for low-income children during the crucial years before three.

Last month, Mayor Muriel Bowser announced an initiative that promises to boost the quality of child care for some of the District’s youngest, and poorest, children. Currently, about 750 babies and toddlers in DC benefit from the high standards set by the federal Early Head Start program. Soon another 400 will join them.

The expansion will be fueled by about $2.7 million in government funding this year. DC is providing $1.8 million of the money, with another $900,000 coming from the federal government. The federal award will continue for five years, although it’s possible the annual allocation will change. 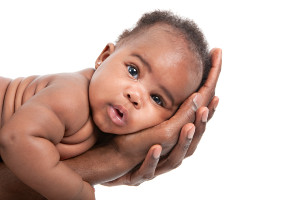 Research has also shown that poverty has significant effects on the cognitive capabilities of infants and toddlers. One frequently cited study found that by the time low-income children reach age three, they’ve heard 30 million fewer words than their affluent peers. Recently, another study found that Latino children, especially those in immigrant families, start out with the same language and cognitive abilities as their white counterparts but lag significantly behind by age two.

The stress of living in poverty may even have an effect on the size of children’s brains. Researchers have found that even one-month-old infants from poor families have smaller brains than wealthier babies.

These effects seem to be preventable and reversible, especially if young children engage in a lot of verbal interaction with adults. Some programs have attacked the early literacy gap through home visits designed to get low-income parents to speak to their young children more, and more encouragingly, or to read books to them.

But another approach is to make sure infants and toddlers get verbal stimulation and emotional support at high-quality day care centers, where they may spend as much as ten hours a day. One study found that children who participated in Early Head Start performed better on measures of cognitive and socio-emotional development than a randomly selected control group.

Because Early Head Start also educates and engages parents, it can have an effect at home as well. The same study found that parents with children in the program did better on measures of parenting skills and were more likely to be employed.

But the program’s reach has been limited. In 2010, Early Head Start served fewer than 4% of the children who were eligible nationwide. The situation has been somewhat better in DC. A spokesperson for the Office of the State Superintendent of Education (OSSE) estimated that Early Head Start here is now serving about 750 of the 5,600 who are eligible, or 13%. With the addition of 400 new slots, that will rise to 21%.

DC’s grant is part of a $500 million Early Head Start expansion that Congress approved last year. Rather than expanding the programs of the large childcare providers currently certified as Early Head Start providers, DC chose to use the funds to create the Early Learning Quality Improvement Network (QIN). OSSE chose three large centers to serve as “hubs” for networks of smaller child-care providers.

The hubs will train and coach teachers at the smaller organizations, which include 14 childcare centers, located in all wards but Ward 3, and 12 home-based centers in Wards 1 and 4. And the smaller centers will use the hubs to offer families services like health care and help with literacy and nutrition. DC government agencies offering those services will partner with the hubs to provide them.

In the past, it’s been difficult for smaller childcare providers to qualify for Early Head Start because they often lack the wherewithal to engage in the rigorous application process, according to HyeSook Chung, executive director of DC Action for Children. But the hub structure should enable them to offer their enrollees the high quality of care and comprehensive services that the larger centers in the program have been able to provide.

One of the centers in the QIN is Jubilee Jumpstart, which serves children from birth to age five. Located in an affordable housing site in Adams Morgan, it serves a total of 50 children, including 34 under the age of three.

While both Wright and Gundling said they’re looking forward to having family service workers assigned to their families and to the coaching their teachers will receive, their centers may not need as much help as some others. Both already use well-regarded early childhood curricula that help foster social and language development. But if a center isn’t already using a good curriculum, the QIN will provide one.

Clearly, the QIN will still leave out many low-income babies and toddlers. But at this point DC has chosen to focus on improving quality rather than simply expanding the number of daycare slots available. That makes sense, given what we now know about the importance of a child’s experiences before age three.

Ultimately, though, we’ll need to focus on scale as well as quality. Because high-quality childcare requires a high ratio of staff to children, that will take money. And of course, even excellent care doesn’t guarantee that a baby or toddler will stay on a pathway to middle class, which Bowser has identified as the goal. Excellent schools and continuing social services are necessary as well.

But the QIN is at least a promising baby step in the direction of narrowing the achievement gap between low-income children and their more affluent peers.