Standardized tests, which have proliferated in classrooms in DC and elsewhere in recent years, have led teachers to concentrate on reading and math at the expense of subjects like social studies and science. And while the tests have value, they generally don’t improve instruction or boost learning. 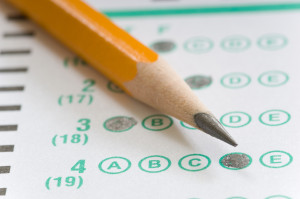 Testing not only takes significant amounts of time away from instruction, it also influences what gets taught. Standardized tests, which factor into the evaluation of schools and teachers, focus primarily on reading and math skills. Partly as a result, that’s what most elementary schools now focus on as well, to the near exclusion of other subjects.

According to a national survey, in 2012 elementary school teachers spent only about 18 minutes a day on social studies and 21 minutes a day on science. Testing isn’t the only reason for that: in 2000, before the passage of the federal law that spurred much of the testing done today, the corresponding figure was a mere 27 minutes for each subject. But high-stakes standardized tests have exacerbated the problem.

DC is no exception to that trend. Ruth Wattenberg, a member of the DC State Board of Education from Ward 3 who was elected last fall, made testing and the narrowing of the curriculum her main campaign issues. Since taking office in January, she’s visited almost 30 elementary classes in a variety of DC schools.

“My overwhelming impression is that most of our kids around the city are getting a very, very narrow curriculum,” she says. She fears students aren’t acquiring the knowledge about science and social studies that will allow them to succeed in middle school, high school, and beyond.

The SBOE recently called on DC’s State Superintendent of Education to investigate how much time schools are devoting to subjects that aren’t tested or tested less than reading and math.

Educators say many elementary schools teach only reading and math

“We’re asking our students to do these very complex tasks,” she said, “but it’s a little bit unrealistic if we continue to put science on the back burner in the lower grades.”

“Testing is the curriculum” now in many schools, says former DCPS principal Patrick Pope, now principal at Friendship Technology Prep Middle School, a DC charter. Pope, who spent 35 years in the DCPS system, says the curriculum was much broader years ago, before the advent of high-stakes testing.

“You have teachers and administrators whose jobs rise and fall on school performance as measured on reading and math tests given for three to four days in the spring,” he said. “And for schools that serve traditionally underachieving populations, the approach has been to double down on math and reading instruction.”

Unlike many charter schools serving low-income kids, DCPS has developed a curriculum that covers a broad range of content beginning in kindergarten. But, says Pope, teachers who are under pressure to raise test scores may choose to focus only on those aspects of the curriculum that seem likely to do that.

To some, the narrow focus makes sense: if kids are struggling with reading, then why not just have them practice reading? But reading comprehension is highly dependent on having background knowledge and vocabulary about what you’re reading.

So the only way to truly improve reading comprehension is to systematically provide kids with knowledge, the opposite of what elementary schools have been doing. By the time many kids—especially low-income kids—get to middle or high school, they lack so much knowledge that grade-level material is far beyond their reach.

Students are also more likely to become engaged in school when the curriculum includes subjects beyond reading and math. Pope, who brought an arts focus to an underperforming elementary school in Ward 8, says that experience showed him “you can expect better testing results when you build rich programming that engages kids, and you couple that with the best reading and math instruction you can find.”

All kids benefit from a knowledge-rich curriculum, but poor kids, who are less likely to acquire knowledge at home, need it the most. And they’re the ones least likely to get it.

“I would love to see more schools say, you know what these kids need to do to close the achievement gap, they need to go bird-watching,” Mike Mangiaracina, an award-winning DCPS math teacher, told the SBOE in March. Mangiaracina has organized a bird-watching group at Brent Elementary.

Some tests boost learning, but standardized ones don’t

There’s nothing inherently wrong with testing. Not only can tests show teachers what students aren’t understanding, they can actually help students retain information.

But that’s only the case if students are taking tests—preferably frequent, low-stakes tests—that actually reflect the content teachers have covered. Standardized tests don’t generally test content, because they’re designed to be given in many different school districts that are all teaching different things.

Instead, they test skills. A standardized reading test, for example, gives students a randomly selected passage and then asks questions to assess how well they understood it.

Another problem is that the results of high-stakes standardized tests given in the spring don’t become available until the following school year, when it’s too late for teachers to use them to guide instruction.

DCPS has devised its own tests, called unit assessments, that it says are based on the units of study in its curriculum. One DCPS parent, Mike Showalter, said that teachers he’s spoken with at several schools say the tests are poorly written and don’t actually match what’s in the curriculum. The teachers called the tests “awful” and “a huge waste of instruction time,” according to Showalter.

DCPS guidelines allow 90 minutes for the tests, but a spokesperson said that “feedback from schools suggested that most students finished in less than an hour.” And while schools can administer the tests as many as six times a year, the spokesperson said “the vast majority” of schools only give half that number.

DCPS tests don’t focus on what teachers have covered

DCPS officials allowed me a glimpse of a few unit assessments, and based on what I saw, they don’t test content directly. Instead, they’re constructed like standardized tests, giving students a passage to read and asking them questions about it. While the passages are thematically related to the content of the unit, the tests focus primarily on measuring skills.

For example, the test corresponding to a 2nd-grade unit on Canada and Mexico consisted of a passage about a boy and his grandfather, who was born in Cuba and had moved to Miami. One question asked where the grandfather had been born. Neither the passage nor the questions had anything to do with Canada or Mexico.

Why not have the unit tests ask students questions about what they’ve actually learned? One reason may be that the current format is a better predictor of how students will perform on the standardized PARCC tests given at the end of the year, which have a similar format. But other standardized tests that are given throughout the year already serve that purpose.

Another possible reason is that DCPS administrators feel it’s more important to test comprehension or analytical skills as opposed to what they see as rote memorization of facts. When I asked DCPS’s director of early literacy, Jennifer Jump, why the unit test I saw didn’t ask anything about Canada or Mexico, she explained that if, say, a unit covered World War II, you wouldn’t want to just ask students a fact-based question like when the war began.

Perhaps not. It would probably be better to ask them, for example, what factors led to the outbreak of World War II. But in order to answer that question well, they would need to know some factual information about World War II, including when it began.

In other words, divorcing skills from content is a mistake. You can’t develop analytical skills unless you’re also developing knowledge that gives you something to analyze. At a certain point kids will have acquired enough knowledge and vocabulary that they can understand texts about things they’re not directly familiar with, but that point arrives at different moments for different students.

So, for example, if students have learned about World War II, and you test their comprehension or analytical skills by giving them a passage about the War in Vietnam, they may or may not do well. It will probably depend on how much they happen to know about the War in Vietnam, or how much general knowledge they’ve been able to acquire that will help them understand the passage. But their performance won’t necessarily reflect how much they’ve learned in class about World War II.

If DCPS administrators had designed the unit tests to directly cover the content in the units of study, they could have encouraged teachers to teach that content instead of focusing on skills. The tests might have helped reinforce students’ knowledge.

And they could have relieved teachers of the burden of creating their own tests to find out what their students have learned. Instead, DCPS more or less replicated the many standardized tests schools are already giving.

In fact, DCPS allows schools to substitute standardized tests called ANet, which about a quarter of DCPS schools use, for the unit tests. While that may cut down on the number of tests students have to take, it doesn’t do anything to promote the teaching of content.

Standardized tests have their place. We need some way of comparing different schools and students and pointing up inequities in our education system.

And ideally, the new Common Core-aligned standardized tests will actually lead schools to broaden their curricula beyond reading and math. To prepare for the old multiple choice tests, teachers could coach their students in strategies like eliminating answers that were clearly wrong. To do well on the new tests, students need to acquire broad general knowledge.

But it’s not clear how many teachers and administrators understand that. And we shouldn’t count on any standardized tests, no matter how well constructed, to do something they weren’t designed to accomplish: improve teaching and learning.

At this point, we need to figure out how to make sure they don’t prevent teaching and learning from taking place.